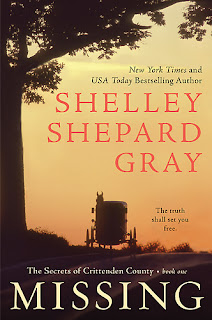 Three Englischer girls were on their way home from school and trespassing on the Miller's farm, but Abby Anderson didn't feel comfortable being there. She knew the Amish owner, Mr Miller, didn't like people cutting across his land, she knew her parents wanted her to come straight home from school and she definitely didn't want to be sneaking around smoking, she was a good person but just couldn't find a place she felt comfortable. She finally got up enough nerve to tell the other two that she was going home so one of them threw her backpack, when Abby went to find it she found that it'd fallen in a hole right on top of a dead body!

Everyone thought Perry Borntrager had jumped the fence when they no longer saw him around town. He hadn't been seen for several months on that fateful day when Abby discovered his body. Perry was a good Amish boy that had gotten messed up with drugs and was soon dealing drugs. That change in his life caused him to lose his Amish sweetheart Lydia Plank and the rest of his friends. He started stealing from the cash register where he worked at Schrock's Variety, Walker Anderson caught him and threatened to tell the owner but he knew it would be his word against Perry's. Thinking people would suspect an Englischer of stealing before any Amish person and Perry would probably accuse him, Perry being Amish would be believed, so Walker didn't say anything, instead, he quit his job. Later after Perry no longer worked at Schrock's Variety, Walker went back to work there.

When Deputy Sheriff Mose Kramer, raised Amish but jumped the fence himself, couldn't solve the murder he called his old friend Luke Reynolds, a Detective in Cincinnati and on sick leave recovering from a gunshot wound. Luke agrees to help but when he gets to town he finds that things won't be as easy as he thought they would be. It seems everyone is pretty closed mouthed, they say Perry was a good person and he could be bad, that's just Perry. Luke feels solving the case is a lost cause until Lydia and Walker finally call him, each had agreed to keep a secret about Perry, but now each one, not knowing the other one has called Luke, gave him a few more tidbits. Maybe the tide is turning on the case.

Lydia and Walker only knew each other in passing, so to speak, until Perry's body was found, then they both felt a great loss and carried quilt by blaming themselves for Perry's death. With Luke being called in to investigate they start talking, they become even closer after Lydia finds out that she's adopted. Her parents decided after 20 years she should know about her adoption, they didn't want to keep it a secret any longer because they felt that keeping secrets contributed to Perry's death. Lydia sought Walker out when she was even more confused with her life after hearing that. He helps her find out who her birth parents are then they have a bad argument and decide they don't want to see each other anymore.

Does Luke solve the murder, will Lydia be able to connect with her birth parents, will she continue to be Amish or jump the fence and what will happen between Lydia and Walker, will they stay mad at each other?

You will get a chuckle at the shenanigans that take place in Schrock's Variety, watch for flying hens, guinea pigs and big black snakes. Shelley did a great job on this book and I'm anxious for the second and third books to come out. She is tricky, she leaves you hanging so you have to continue the series, lol, so now the wait begins. The Search will be out in June of 2012 and Found in September of 2012.
Posted by Wendy Newcomb at 4:59 PM

Wendy Newcomb
I have been married for 46 years. We have 3 children and 8 grandchildren. 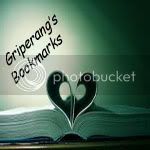 in honor of my Grandson, Alex

in honor of my best friend, Lucy 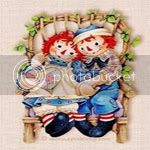